“Whitefish wars” driving Vietnam’s pangasius away from EU, US 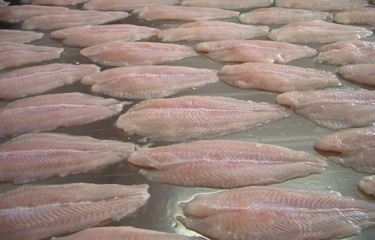 The rapid growth of Vietnam’s pangasius shipments has met with several markets barriers in the European Union and United States, where the fish is being gradually pushed away.

With similarity in texture and taste to other whitefish such as cod, sole, haddock, and pollock, but with much lower prices, pangasius from the Southeast Asia nation has quickly become a competitive alternative in the U.S. and E.U., Nguyen Tien Thong, an assistant professor of applied economics and marketing research at the University of Southern Denmark, told SeafoodSource.

But Thong, also a research associate with analytics firm Syntesa, with a specialty in price formation and consumer preference for seafood, said pangasius’ growth in the U.S. and E.U. markets has been actively thwarted by market barriers erected by both the industry’s competitors and erroneous reporting by mass media.

Vietnam’s pangasius exports were worth USD 1.78 billion (EUR 1.43 billion) last year, up 4.3 percent from 2016. But the export value to the U.S. and E.U. fell 11 percent and 22.3 percent, respectively, recently released data from Vietnam Association of Seafood Producers and Exporters (VASEP) revealed.

European and Vietnamese seafood experts have collectively created a new term for the campaigns surrounding pangasius, calling them the ”whitefish wars.”

The most recent round of this war broke out in early 2017, when a television segment on Spain’s Cuatro channel claimed pangasius farming was polluting the Mekong Delta. Two weeks later, French retail giant Carrefour decided to suspend salesof Vietnamese pangasius in all its stores in Belgium, France, and Spain. Carrefour attributed its decision to "the doubts that persist about the adverse impacts that pangasius farms have on the environment.”

The Aquaculture Stewardship Council responded to Carrefour’s move with a statement insisting the facts did not support Carrefour’s pangasius decision, and VASEP said repeatedly that the Cuatro report provided distorted information. Seeking to help combat the growing ”PR crisis,” 20 of Vietnam’s leading pangasius exporters joined together to create a market development fund in June 2017. But the rebuttals appeared largely ineffective at halting the negative impact on pangasius sales.

However, Thong argues that the “whitefish war” began as early as 2000, and started in the United States. In that year, about 90 percent of the catfish imported by the U.S. was from Vietnam. Feeling threatened, U.S. catfish growers and wholesalers started a campaign to curtail imports of Vietnamese pangasius into the country.

For years, pangasius faced high anti-dumping duties imposed by the U.S government, and a push for increased inspections. After a protracted political debate, in August 2017, the U.S. Department of Agriculture’s Food Safety and Inspection Service (FSIS) began inspecting all imported pangasius. Only a few months after the decision, only two of 14 Vietnamese pangasius exporters are still shipping pangasius to the U.S., according to VASEP.

In the E.U., backlash against pangasius started in late 2010, when the World Wildlife Fund placed the fish on the “red list,” effectively branding it a no-buy for environmentally conscientious consumers, Thong said. The attempt, which Thong termed as the second “war,” was made after the fish became a significant substitute fish to other whitefish raised in many European countries.

In response, VASEP invited Stevenson to visit Vietnam on a “fact-finding mission.”

“Far from the dirty, unhygienic and polluted business I had written about, I discovered a dynamic new industry, meeting world-class welfare and hygiene standards and producing a quality product under first-rate conditions,” Stevenson said after the mission.

However, persistent negative claims about pangasius' safety and environmental issues in the E.U. markets have damaged the fish’s image and destroyed the industry’s reputation, Thong said. And as a result, pangasisus products from Vietnam are commonly perceived as low quality and unsafe fish by many E.U. consumers.

Thong said pangasius farming and processing in Vietnam are currently monitored strictly and adequately, with all pangasius exported to the E.U. and U.S. is from the large and licensed processors. Given the open nature of pond production system in the Mekong Delta, pangasius can be exposed to a range of environmental contaminants or substances. None of these contaminants, however, accumulates in pangasius to concentration levels that pose a safety concern, Thong said.

After the latest round of health-related claims in E.U. media, a group of scientists from Wageningen University in the Netherlands carried out a toxic risk assessment to assess the safety of eating pangasius. The assessment failed to find evidence that supported any of the claims, Thong said.

Independent European laboratories have also screened pangasius and found contaminant levels to be extremely low. One Dutch assessment found concentrations of a range of contaminants in pangasius to be lower than those in wild fish and trout and salmon farmed in the E.U. A separate Italian study reported the quality of samples analyzed to be “good,” and well within the normal range found for fish sourced in Europe.

Regardless of this evidence, the United States and the European Union appear to be continuing their march toward fully extinguishing imports of Vietnamese pangasius. In September 2017, the U.S. Department of Commerce decided to preliminarily raise the anti-dumping duty on Vietnamese frozen pangasius fillets to USD 2.39 (EUR 1.95) per kilogram under its 13th administrative review of the antidumping duty, tripling the previous rate. In addition, since 2 August, 2017, the Food Safety and Inspection Service, an arm of the U.S. Department of Agriculture, has inspected every single catfish shipment entering the U.S. As a result, total U.S. frozen catfish imports declined by 18 percent during the first half of 2017, according to the United Nations Food and Agriculture Organization (FAO).

The E.U. actually saw an even bigger drop percentage-wise, with a 25 percent drop in its pangasius imports in the first six months of 2017, according to the FAO. Frozen fillet imports decreased by 27 percent in volume terms to total 38,500 metric tons (MT), while average import prices increased by 2.7 percent.

Taking up the slack is China, which imported USD 420 million (EUR 338 million) worth of pangasius products from Vietnam in 2017, up 37 percent year-on-year. China also appears to be winning over market share for its own catfish exports to the United States, posting a 24 percent increase in volume in the first half of 2017.

Vietnam has also upped its exports of pangasius to other Asian countries, most notably Thailand, which imported 13,800 MT between January and June of 2017. Vietnam also posted a notable 81 percent increase in pangasius exports to India to reach 4,500 MT in the first half of 2017. Japan's imports of pangasius have also surged, reaching 5,500 tons from January to November 2017, up more than 30 percent from the same period a year earlier, according to the Japan News.

According to the FAO, Latin America has emerged as the strongest market for Vietnamese pangasius. In the first half of 2017, Latin America imported 15 percent more frozen pangasius compared with the first half of 2016, reaching a total of 75,000 MT of whole frozen and frozen fillets. In the frozen fillet category, Brazil overtook Mexico to become the largest importer with a 22 percent increase in imports. And notably, average import prices increased by 39 percent for whole frozen and seven percent for frozen fillets, showing perhaps Vietnam can survive the severe curtailing of what were once its two biggest markets.